Is Worker Power Rising? Despite Big Union Wins, The Answer May Surprise You

In all the excitement about the crack in Amazon and Starbucks’ anti-union armor as workers post big union wins, one might think that labor power in America is rising. But unionization is just one of 10 indicators of worker bargaining power—and of these, only five show worker power is up.

Why does worker power matter? It depends on whom you ask.

Workers need greater power to command stronger wages, benefits, rights, and conditions on the job. Workers also want to know how much bargaining power they have if they contemplate quitting their jobs or asking for a raise.

Employers, meanwhile, want to know how much power workers have as they decide how much to pay workers and how much to offer applicants. And the Fed wants to know about bargaining power to decide whether to cause a recession or not (as Fed Chairman Paul Volcker did in the early 1980s recession to tame inflation and rein in worker power and wages).

Only four indicators show worker power rising, the other six are down. Contrary to some celebratory headlines, these indicators provide a clearer picture of workers’ bargaining power in today’s economy.

Last year, workers’ earnings rose by 5.4% but inflation hit 7.9%. In 10 of 12 sectors, raises failed to keep up with price increases (the exceptions were construction and leisure and hospitality). What’s more, corporate concentration has enabled employers to keep wages down, according to a Treasury Department report. Combined with the overall decline in unionization for decades, employers’ greater bargaining power has kept American workers’ pay 20% lower than it otherwise would be is employers didn’t have so much monopoly and monopsony power.

It is good news that many of the nation’s lowest paid workers – in leisure and restaurant sectors, mostly — are getting a big wage increase. But pay must be viewed in the context of work’s evolving pace, conditions, and demands. When we consider the safety, security, speed, and intensity required in many jobs, it’s not clear that total compensation – total compensation includes working conditions and pay — improved. For instance, employers are allowed to split shifts—workers come in for three hours, take off four hours, then come back in again for five hours. Workers are not paid for those hours in between, much of which may be spent commuting back and forth.

A little more context: wages adjusted for inflation have stagnated in America compared to the rest of the G7 nations, and Norway, Sweden, and Denmark since 1979.

3. DOWN Labor’s Share Another key measure of worker power is the share of total national wealth—gross national product—that goes to labor and how much goes to capital. The balance of power has been so skewed toward capital for so many years that despite the so-called tight labor market the labor share is at an all-time low. Just before the pandemic, in the summer of 2019 amid historically tight labor markets, labor’s share was 59% of total output, labor share peaked in 1970s at around 65% and the average since 1955. The drop in labor share in the United States has been extremely severe according to a McKinsey report. If workers had the same share they had in 1970 they would have had 6.7% more of the $19 trillion dollar economy, or $8,266 per full time worker per year or about 18% higher median real earnings in 2019.

4. DOWN Productivity and Pay. Productivity rises faster than wages. Since the Economic Policy Institute published the famous alligator graph first in the 1980s with the wide jaws of productivity going up and wages going down, workers have been giving more to the economy than they have been getting.

5. DOWN Pay Gap Between Managers and Workers. The pay gap between CEOs and most workers has gone up. Wage inequality continues to increase. Some of the most recent data indicates that the top one percent of owners have garnered a 179% increase in pay since 1979 while the share for the bottom 90% of workers in the earnings distribution has fallen to a new low.

7. UP Quit Rate. Labor power can also be measured by what I call the “Take That Job and Shove It.” The quits rate has risen in almost all sectors since the beginning of the pandemic—increasing by 16% in the private sector and 22.8% in government. Quits have gone up the fastest in manufacturing. Despite much-heralded worker complaints in the leisure and hospitality sector, we have not seen a big increase in their quit rates.

8. UP Reservation Wage. The “reservation wage” is one of the most important concepts in labor economics. It seems like a technical term but it’s intuitive. The reservation wage is the amount that people say they must be offered before they will work. According to the Federal Reserve survey of workers’ expectations, the reservation wage has increased for almost all workers, especially those at lower income levels, between summer 2019 and the most recent date March 2022. While the overall reservation wage went up 13%, for people without college education it rose by 17%. The only groups experiencing meager increases in the reservation wage are older workers over 45.

9. UP Unemployment Rate. As unemployment decreases, worker power rises, as labor is generally in a stronger position to pick and choose among jobs. The unemployment rate has continued to improve, inching down from 3.7 percent in Summer 2019 to 3.6 percent in March 2022.

10. UP Number of Jobs Available for Every Unemployed Worker. As this number rises, it means workers have more options in the labor market, and thus more power. In the summer of 2019 there was 1.1 job available for every unemployed person, and now there are 1.6, a clear indicator that labor has a little more power.

Bargaining Power and the Federal Reserve

Bargaining power matters because the Federal Reserve Bank is likely to put the brakes on the economy and cause a recession if they think workers have too much power. What is the Fed thinking? The Fed fears that if workers have too much power they will be able to increase wages past the level of productivity increases (which mathematically makes inflation worse because the Fed assumes employers will pass price increases on to consumers and not squeeze their own profits).

But the worker power indicators don’t show workers likely have the power to push wages above productivity—Federal Reserve, are you listening? The evidence is on the side of slowing down on the interest rate rise. I agree with economist and President of Queens College, Mohamed El-Erian: lets have the Fed pay attention to the real economy and not cause a recession.

Is 10 Million Enough To Retire? 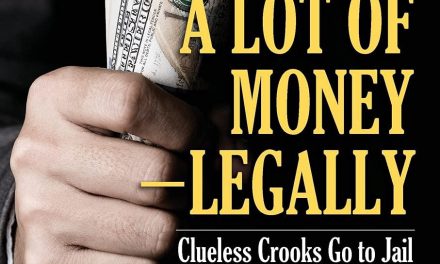 Teach Your Children About Financial Scamming Before They Become Victims 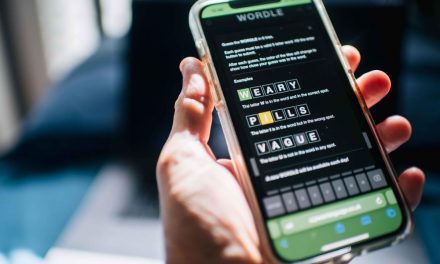 Are Commodities Right For Your Retirement Portfolio?