Are Your Parents Paying Their Medicare Premiums?

The sandwich generation, those who are parents and also have aging parents, face many responsibilities. One of the most important may be checking that their parents are paying Medicare premiums. Here are two examples that demonstrate what can go wrong.

Bart, my friend, lives in Illinois. His parents have resided in Florida for over 20 years. Last fall, his mother called him. She had been admitted to the hospital and wanted Bart to fly down to care for his father, who has early Alzheimer’s disease. A week after Bart arrived, he got a call from a hospital billing supervisor about making arrangements for payment of his mother’s care. He asked why that was necessary because his mother had a Medigap Plan F (Medicare supplement insurance); there should be no bills. The supervisor told him that policy was no longer active.

Bart discovered that his father had not paid premiums for over 16 months and the policies for both parents were canceled. Bart had to help his folks with the costs that Part A and Part B did not cover. His parents reapplied for supplements; however, without a guaranteed issue right, they didn’t qualify. During the Open Enrollment Period, they enrolled in Medicare Advantage plans.

I heard about this second situation from a financial advisor.

For years, Karen had the same drug plan with monthly premiums around $20. Then, in January 2021, she got an invoice for $52, a $30 a month increase in her premium. She found out her old plan had been discontinued and she was enrolled automatically in a new one. (She didn’t pay attention during Open Enrollment and was caught off guard.) She took only one medication, so she figured paying out-of-pocket was cheaper than the premium. She stopped paying the invoices, and her drug plan was canceled for nonpayment.

In August, Karen was diagnosed with deep vein thrombosis (blood clots). Without drug coverage, she was responsible for the full cost of the drug, over $500 a month.  Karen couldn’t afford the medication, so her daughter helped with the cost and convinced her mother to enroll in a drug plan during Open Enrollment.

What can you do?

In both these situations, the adult children faced ramifications because they had no idea that their parents were not paying premiums. If you have parents on Medicare, here are some tips to help ensure premiums are paid so they—and you—don’t face crushing problems.

Get the necessary authorization in case you must speak for your parents.

Individuals who are considered competent can do many of the following steps, with your support and guidance. However, too many times, premiums are not paid because a parent has cognitive issues. You may have powers of attorney, but these won’t work with Medicare. Here’s what you should do.

Figure out what type of coverage your parents have.

The type of coverage determines the procedure for paying premiums. Start by checking cards in their wallets or invoices. If you see:

If the cards or invoices are lost, you can get information from either their my SSA account or MyMedicare.gov account, if you have the proper authority.

These plans can deduct payments automatically from your parents’ Social Security benefits, when requested to do so. If not receiving benefits, your parents can make auto-pay arrangements with the plan.

If your parent is not able to deal with a plan representative and needs your assistance, you likely will need to be an established representative for the specific plan, as noted above.

Automatic Social Security deductions don’t work with Medigap policies. Your parents or you will need to contact the insurer. Auto-payment from a checking or savings account is probably the safest option.

Also, know that a Medigap policy is guaranteed renewable. If the premiums are paid, the insurer cannot cancel the policy, no matter what happens.

The parents in these two examples were receiving Social Security benefits, so Part B premiums were deducted automatically from the monthly amount. No action was necessary.

However, if they had not yet applied for benefits, they could consider Medicare Easy Pay, automatic deductions from a checking or savings account.

Once auto-payments are in place, spot check your parents’ checking or savings account.

If your folks change accounts, they need to notify Social Security and their individual plans about the change and make new payment arrangements.

Just in case, know about a plan’s procedures for grace periods and nonpayment of premiums.

Medicare has established procedures for nonpayment of premiums for Part B and Part D drug and Medicare Advantage plans. Check with the Medigap insurer about its protocol. The policies I reviewed have a 31-day grace period.

It likely will take time to put the right measures in place to ensure your parents’ Medicare premiums are paid. However, in the long run, it will save everyone time, money, headaches, and, most important, a loss of coverage that come with cancelations. 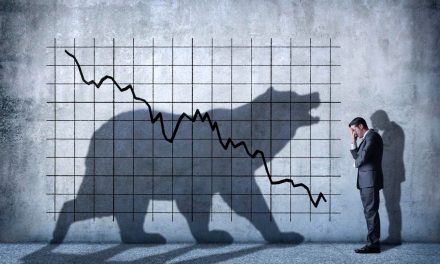 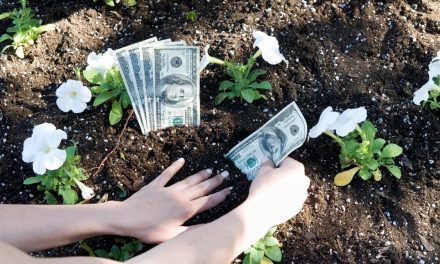 How To Use Your 401(k) Funds To Start A Business

Does Aging-In-Place Work? What We Don’t Know Can Hurt Us.