By Scott A. Olson, CLTC

In 2019, Washington became the first state in the country to create a government-run long-term care insurance program. The program, newly labeled the “WA Cares Fund,” will be financed through a payroll deduction of 58 cents for every $100 of earned wages.

Washingtonians who need long-term care will be able to tap the program for a lifetime maximum benefit of $36,500, adjusted for inflation. The benefits can be used to pay for home care, facility care, and even care provided by a relative. The goal of the program is to slow the growth of the state’s Medicaid budget while also giving Washingtonians more care choices.

Even though Washington is one of the more left-leaning states, this program has faced staunch opposition. There have been three attempts to repeal the program, including a voter initiative or referendum. All of them have failed.

As the start of the program drew near, the governor and the legislature were blindsided by a HUGE mistake in the law: The law required every worker to pay into the program but did NOT make exceptions for workers who could never benefit from the program.

For example, the program had a 10-year vesting schedule. Someone who retired in the next nine years would get NO benefits, even though they paid into it for nine years. Some legal experts argued this was a violation of ERISA and sued to stop the law.

Because of this mistake, two different lawsuits were filed and one “cease and desist” letter was sent to the governor to stop the program. Governor Inslee and the state legislators had a choice: fight it out in the courts OR change the law. They decided to change the law.

The first major change, signed by Governor Inslee on January 27th, 2022, creates four NEW categories of workers who can choose to opt-out of the program and avoid the payroll deduction. Up until now, the only workers in Washington who are exempted from the program are those who own long-term care insurance with an effective date prior to November 1st, 2021.

Now about 250,000 MORE workers can opt-out of the “WA Cares Fund” if they fall under one of these four, new categories:

It took almost three years for the state government to put the systems in place to run this program. Now they have to modify their systems to handle these two major changes. The biggest delay will be the roughly 250,000 workers in Washington who can now opt out of the program. Those workers need to be notified and given the opportunity to opt out if they choose to.

The Washington State Employment Security Department will have until June 2023 to make these changes in their systems and notify all employers and employees. The program and the payroll deductions will then officially start on July 1, 2023.

Other states are considering enacting similar programs including California, Minnesota, and Pennsylvania.

About the author: Scott Olson, CLTC®

Scott has helped thousands of consumers in all 50 states shop for long-term care insurance. He’s co-founder of www.LTCShop.com and has been specializing in long-term care insurance since 1995. Scott’s book “Simple LTC Solution: How to Protect Your Life’s Savings with a Long-Term Care Partnership Program” is available on Amazon. His next book “Making Long-Term Care Insurance Understandable and Affordable” will be published in Q1, 2022.

Inflation is rising, interest rates are rising, and the stock market is increasingly more volatile. What should you do with your money in 2022? Experts Lee Baker, Marcia Mantell, and CJ Miller join Retirement Daily editor Robert Powell to discuss just that and take your questions in this live event: Friday, Feb. 11, 2022 ** 10 am PT/1 pm ET 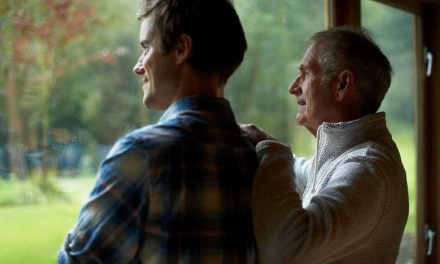 5 Things You Need to Know About 529 Education Savings Plans